From some of my close friends, I have heard them complain about the urge to poop once they drink coffee. At first, I thought caffeine was causing this, but even after drinking decaf coffee, they still experienced the same issue.

Through a bit of research I have done, I know the pooping problem after drinking coffee affects many people. But why does coffee make you poop? If this has been a concern, let’s sail together and know the causes and how to minimize this experience.

What in coffee makes you poop?

The available data states that over 30% of people experience pooping after consuming coffee. However, the reason behind this scenario is still being debated even today.

Coffee has over 1000 compounds, and the main suspects in causing urge to poop is caffeine, N-alkanoyl-5-hydroxytryptamine, and chlorogenic acids.

These chemicals combined or individually will to some extent, cause a coffee drinker to rush to the toilet after drinking coffee. While caffeine makes you poop, the other two active compounds will also cause the same effects. If that is the case, does decaf coffee make you poop? According to research by medical experts, decaf coffee also triggers the urge to poop among the people who experience this condition.

Drinking coffee and feeling like pooping doesn’t fair well with most people. But, to counter the problem, it’s essential to know what the coffee does to trigger the urge.

According to the researchers, on different occasions, drinking caffeinated coffee can lead to increased colon contraction. Usually, colon contractions are responsible for the movement and mixing of food material and the ejection of poop.

Under normal circumstances, these colon contractions are standard and never abrupt. However, consuming caffeine has shown to stimulate the rate of contraction, which results in an urge to go to the washroom.

The laxative effects of coffee, however, depend on the amount of caffeine. Coffee high in caffeine acts faster in stimulating the colon than decaf coffee. One study showed that caffeinated coffee induces contractions by 23% compared to decaf.

Coffee can trigger the action of some hormones

Bearing in mind that coffee is acidic, consumption can lead to an increased levels of hormones like gastrin. This hormone is responsible for the production of gastric acid.

Increasing levels of gastrin lead to more contraction in the gut, which results in fastening the urge to defecate. Besides, more gastric acid in the stomach can trigger Gastrointestinal Acid Reflux(GERD).

Coffee additives like milk, cream, and syrups are fun and make the beverage sweeter, and a large number adds them.  But, milk and cream from dairy can upset your stomach. This is especially if you are lactose intolerant; there are chances of looking for a toilet after drinking a latte or cappuccino.

People who can’t digest lactose might experience awful effects like a gassy stomach, cramps, nausea, and even diarrhea. When these reactions happen, the body tries to stabilize by ejecting whatever is in the digestive system.

If you can’t handle lactose well, trying non-dairy additives might solve the urge to poop after drinking coffee.

You might be saying, maybe if I do decaf, it will save the ship…, that is not the case. Drinking decaf also makes people poop which is the reason why experts believe caffeine isn’t the only one responsible for that.

As I mentioned earlier, coffee has over 1000 chemicals which means others might also have laxative effects. The presence of N-alkanoyl-5-hydroxytryptamine and chlorogenic acids are the reason decaf causes the pooping urge.

How to stop coffee from making you poop?

Drinking coffee is fun, and stopping it is not the best option. Knowing how to deal with coffee is ideal if it makes you poop rather than giving up. Some of the steps to stop pooping after drinking coffee include.

While the majority of coffee lovers have no issues after drinking the beverage, a good number still face undesirable effects. By knowing why coffee makes you poop, it’s now easy to switch to the right coffee.

Going through this information, it’s my wish that you now know why coffee has been messing with you. It’s time to adjust and say bye to discomforts after a cup.

Why does coffee make you poop but not energy drinks?

Coffee has multiple chemicals that make you poop, while energy drinks have only caffeine. Caffeine alone, to some people, isn’t enough to trigger the laxative effects.

Can coffee cause diarrhea?

Yes, coffee can cause diarrhea because of dairy additives and other chemicals in the beans, making it a laxative drink.

Is coffee good for constipation?

Yes, bearing in mind coffee is a diuretic and laxative, it’s a good option when having constipation since it triggers bowel movement, thus pooping.

Does iced coffee make you poop more than hot coffee?

Although there is no supporting evidence, many people report that hot coffee makes them feel the urge to poop faster than iced.

Is there fiber in coffee? What is Light Roast Coffee & How to Make It? The Ultimate Guide

Well, you can see in statistics that light roast coffee is becoming more popular. More than 35% of Americans say they prefer light-roasted coffee. Another... Does Coffee Creamer Go Bad? Everything About Creamer Usage

Most coffee enthusiasts love to add coffee creamer to their favorite drink. It adds an extra punch to your drink and gets them... There is no better way to kickstart the day than with the company of freshly brewed coffee for all coffee lovers. Getting a... If you’re visiting Charleston and are wondering where the best place to get coffee would be, then you’ve come to the right place.... How is Espresso less acidic than other types of coffee?

Many of us wait till we get our aromatic cup of morning coffee before we can start our days. Espressos are a widely... Introduction Dunkin Donuts is a popular Doughnut and coffee company that has been serving an array of flavors and varieties for people around... Figuring Out the Differences in Cortado vs Latte

For most of our peers here, coffee is a regular drink. It is hard to imagine a day without consuming your favorite cup... 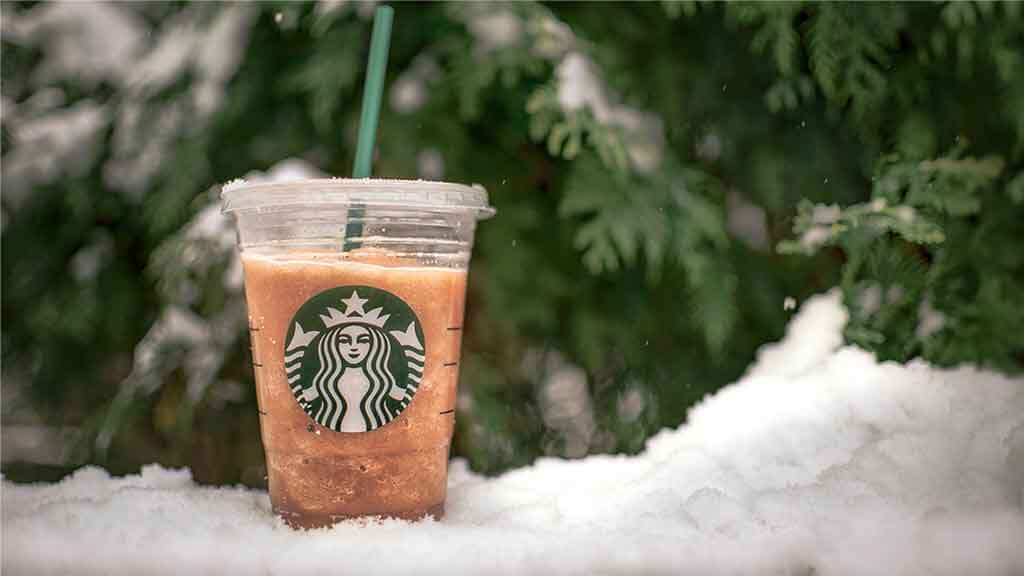 Are you heading to Starbucks to grab a coffee? Wait a minute; you can also grab a refresher drink and beat the hot... Starbucks Doubleshot Energy Caffeine | Everything You Want To Know

Sometimes, one thinks he knows about the Starbucks doubleshot energy caffeine drinks. When you hear the word “doubleshot”, what comes to your mind?... White Castle is one of the oldest restaurants in the US. Established a century ago, the restaurant continues to offer a fantastic menu.... Chugging coffee and petting dogs is as quintessentially American as apple pie. If you love both of these things, then Georgia is the... 10 Best Coffee Shops In West Village Worth While

Looking for coffee shops in West Village, New York City? Big cities may be dirty and noisy since there are a lot of... Tasting different coffee brands is fantastic to ensure a unique taste daily. Black Rifles coffee is one of the brands I was so... Scaling is a common problem among cooking appliances due to minerals in the water. Coffee makers tend to suffer from the problem. While... When it comes to pizzas, people often think of large fast chain restaurants like KFC, MacDonald’s, and others. But, Little Caesars is a...